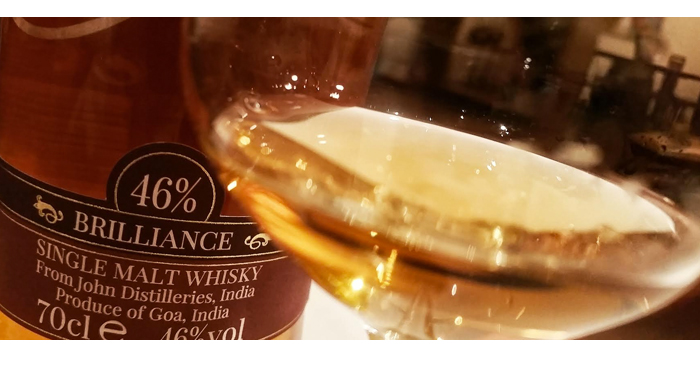 Review
Paul John are the newest players to come out of India with some solid single malt offerings (after Amrut of course!). They’ve been in the industry longer than that, though. Since 1992 they have been producing their special style molasses ‘whisky’.

What I didn’t know was that they are the sixth largest producer of whisky in the world (WHAT?) producing over a million cases a month. However, their single malt foray is relatively recent (not more than eight years old).

This was my first Paul John and I can understand what all the commotion is about. Jim Murray thinks very highly of them and I respect that he has made it a point to champion the lone distilleries fighting to carve a niche for them.

Their Master Distiller Michael John (no relation to Paul) started at the distillery in 1995 and is responsible for the distillery’s single malt range. They have also moved from a more traditional Scottish production process to one that is more tailored to their raw ingredients.

Their biggest difference to Scotch is that they use Indian barley in production, Himalayan 6-row grain rather than the more usual 2-row European grain. This gives a lower alcoholic yield than is often found with Scottish production, but gives a more complex wash and thus more potential for flavor in the spirit.

Like Amrut they too have issues of enormous Angels Share (12%-13%) and so their whiskies are quite young.

Paul John Brilliance is part of their standard range and is made solely from unpeated barley and aged exclusively in ex-bourbon casks.

I’ve heard a lot of good things about this distillery and can’t wait to tuck in to the other expressions.