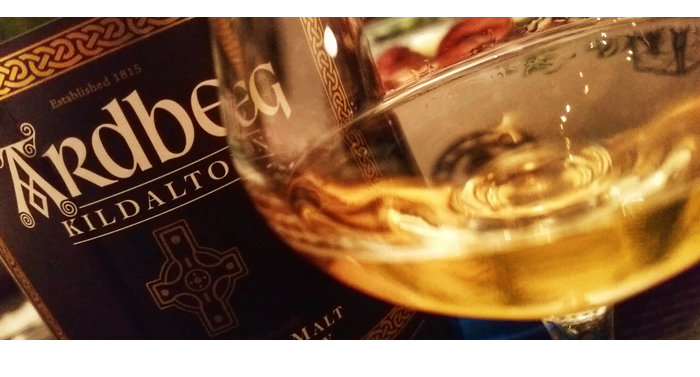 Review
Needless to say, and for those who know me, I have been an Ardbeg fan ever since I can remember. Which is basically to say I can only remember as far back as four years which is when my journey of whisky madness commenced.

Ardbeg was my muse and I collected and sampled as many expressions as I could humanly get my hands on. Of late, though, following on the heels of the Uigi, Corry and Alligator, it felt like my once favorite distillery was losing steam. The Fies Iles were not as powerful as the spirits that had captivated my attention.

Ardbeg Day was OK, not bad. The Galileo again missed the mark for me. Ardbog was decent. Auriverdes was so-so in my opinion. There was more mediocrity than there was greatness. And that was saddening.

And so when the new 2014 Kildalton came out I was skeptical of the spirit inside. But like a spoilt child in a toy shop I had to have it just so that it could sit on my shelf for all to see.

What I did not know was that my distillery had taken this moment to announce, what I hope is, a true return to form.

It has been matured in a mix of ex-bourbon and ex-sherry casks (both 1st fill and refill) and comes in at a chewy 46%.

Nose: Mild peat. Warm tangerines. Touch of toffee. Melon fruitiness. More like Lovehearts. Delicate parfum with a hint of oak. Faint ash. And iodine that transcends into a more floral eucalyptus. It’s a wonderfully balanced nose and shows a lovely range of complexities the longer you sit with it.

Finish: Long with mocha wood and a touch of mint. The drying sherry is back.

After a really long time I was treated to some classic well-balanced flavors from Ardbeg. The intention and packaging behind the whisky are both noble. I would, however, love to know the age of the spirits inside. I’m going to guess nothing older than 9 or 10. But then age is just a number.

Welcome back Ardbeg. You were sorely missed.