The first rule of whisky drinking is : THERE ARE NO RULES!

And if you happen across a whisky snob who tells you how to drink your whisky, tell him to Fuck Off and then proceed to pour yourself a dram of Glenfiddich 40 Years, empty a can of ginger ale in it and watch his head explode.

A true whisky fan will tell you the only way to enjoy whisky is how best it tastes to you. Plain and simple.

Of course there are many ways of drinking the stuff but that depends on what you feel like at that moment.

But before we get to that here are some basics on the different types of whiskies. 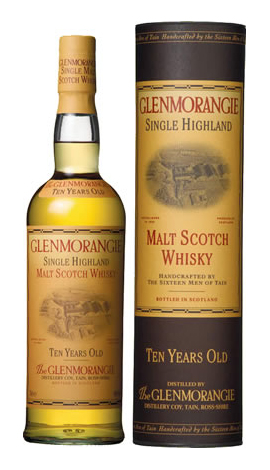 On the left is probably one of the more popular single malts today, the Glenmorangie 10. It’s from a region in Scotland called The Highlands but more on that later.

A single malt is different from a blend in that it does not have any other whiskies in it. Just the one from the distillery. Makes sense? No? Check out this link then.

A few years ago Scotland was the only place in the world that consistently produced high quality single malts. However, in recent years Japan has started coming out with some absolute gems. Distilleries like Yamazaki, Yoichi, Hakushu, routinely produce single malts of the highest calibre. For a peek at some Japanese single malts check this link out.

India is another country which has started producing awesome single malts. The distillery that is taking the world by storm, and my personal favorite, is the Amrut Ditillery. They’ve produced gems like Two Continents, Sherry Intermediate and the absolutely glorious Portonova. For a brief look at some of the whiskies they produce check out their website here.

2. Blended Whisky : A blended whisky by comparison is the product of blending different types of whiskies and often also neutral spirits, colors and flavorings. A typical blended whisky will include a combination of single malts and grain whiskies, some times as many as forty different ones.

The Chivas 18, an extremely popular offering from Chivas Brothers, is one such blend. I was fortunate enough to attend a Chivas 18 tasting recently and discovered that this particular whisky was produced by blending grain whisky (roughly 40%) and single malts from the Islays, Speyside and the Highlands region in Scotland. The result was a complex flavor profile where the characteristics of each spirit came out in a smooth and balanced manner. There was the robustness of the grain whiskies, the sweetness of the Speysides, the smokiness of the Islays and the complexities of the Highlands.

If you want to do a bit of your own research check out this link.

Now allow me to introduce you to Pure Malts or Vatted Malts as they are called. Pure or Vatted Malts are a type of blended whisky with one major differentiating characteristic: they do not have any grain whisky mixed in it.

Vatted Malts, like the Johnnie Walker Green Label is a blend produced by mixing only single malts as opposed to typical blended whiskies which include grain whiskies as well.

Liking a particular style of blend is a personal choice. I’m not a big fan of the blends personally, though there are a few notable exceptions like the Ballantines 17 and the Japanese Hibiki which are just gorgeous. The Johnnie Walker Double Black is a nice social drink. When I’m out with friends I don’t mind sipping on a Chivas 18. But if you give me a choice I’ll favor a single malt over a blend any day.

But that’s just me.

3. Bourbons : Hello cowboy! This is what they drank in the Wild West when they were not shooting the shit out of each other. You know the scene in a Western when the cowboy walks into a salon and asks the barman for a whisky? Well, he’s drinking bourbon.

Bourbon is basically whisky that’s made in USA. One of the largest and most famous bourbon producing places is Kentucky and more specifically a place called Bourbon County, in Kentucky. Bourbons are produced using corn, rye or wheat or a combination of all three, thus, the result is a sweet, sugary spirit with lots of oak flavor.

Bourbons are one of my absolute favorite forms of whisky. I think it’s because I like my drinks strong and slightly sweet and the bourbons are just that. I have some friends, though, who don’t like to drink this stuff but don’t worry; I’ll just shoot them over a card game some time soon.

By contrast to whisky made in Scotland (from grain or barley) bourbons are made primarily from corn. I believe the legal minimum is 51% corn and the remainder can be other forms of grain like wheat or rye. Kentucky and Tennesee are two major bourbon producing districts in the United States and they produce some real corkers!

For those with a strong disposition may I suggest the ominous looking George T Stagg featured above. This beast weighs in at a whopping 72.4% ABV. That means for every 100ml of liquid 72ml of that is pure alcohol. Just to put it in perspective the average alcohol content in a whisky is around 43%. This is almost twice that. I have two in my cabinet and I promise you this: if you think you can stomach the strong stuff you ain’t seen nuthin’ yet!

But don’t get me wrong; this stuff is absolutely delicious. It’s like tucking into a dark chocolate Christmas cake with hints of burnt citrus. Albeit a cake that makes your chest burn for a while hehehe

Some of the better bourbons out there come from my favorite distillery, the Heaven Hills Distillery. They produce fine gems like the Evan Williams, Bernheim Wheat, Elijah Craig and Parker’s Heritage, to name a few. Each expression a joy to experience.

Other notable distilleries that produce stunning bourbons are Buffalo Trace, Woodford Reserve and Wild Turkey. I suggest you get your hands on as many as you can. You’ll thank me.

If you want to read up a bit on the subject check out this link here. 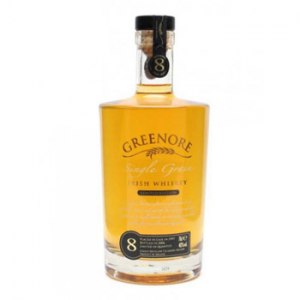 4. Grain Whisky : To be honest I don’t have a lot of experience with grain whisky. I’ve had a few (the Greenore 8 on the left being an example) and thought that some of them were pretty good. By and large, though, grain whisky is produced merely to supply for the ever growing demand for blended whisky. If you remember I had mentioned that blended whisky uses a lot of grain whisky. So a lot of distilleries produce unbranded grain whisky to be used specifically in blended whiskies.

Grain whisky refers to whisky that is made from any grain other than barley. It could use wheat, corn, maize or rye or a combination of all.

While most grain whiskies come out nameless and disappear into large blending vats there are a few that make it to the shops for consumption. The Greenore 8 is one that I’ve tried and is very good. Snow Grouse is another that I’ve tried which is also quite good. There aren’t many choices when it comes to grain whisky and they are often frowned upon by the connoisseurs but keep an open mind and you might find something you really like.

To find out more about grain whiskies check out this link.

That, by and large, sums up my take on the different types of whiskies out there. I won’t get into how whisky is made because that’s a whole new area and there’s nothing I can tell you that you won’t find out there your self anyway. If you’re interested in the whisky distilling and maturing process check out this link.

This should give you a nice overall view of the process.

Hope all of the above helped. Use this as a starting block to do your own research and experimentation because there’s nothing like the joy of discovering hidden gems on your own.

2 thoughts on “Some Basics”

First weekend of the quarantine is here. Today I will drink without judgement. @thebalvenie 12 year Triple Cask. Typical Speyside vanilla, honey and citrus.
My first love will always be bass. It is the greatest instrument ever created. Then there's whisky. Together they are my perfect combination.
@glendronach Single Cask from 1995. An 18 year old sherry bomb served at 53.7% cask strength. Matured in PX casks. I've had this one for a number of years and it keeps evolving over time. Dark fruits, tobacco and a crisp oakiness. Lovely dram.
@ardbeg Supernova 2019 A fiery peaty onslaught of all the goodness that is Ardbeg. Love every single one of this series.
Glenmorangie Astar. A super delicious cask strength matured in bespoke casks made from slow-grown oak trees from the Ozark Mountains. Buttery vanilla, almonds and coconuts are the major flavors. @glenmorangieusa
@sullivanscovewhisky Single Cask #537 matured in French Oak Casks. Deliciously spicy, woody and fruity at the same time. Worth seeking out. Worth imbibing.
@springbank1828 Thank you for this amazing spirit. I love everything that is Longrow. And this one is just ❤ Tasted it again after a long time and it's just as delicious. What a super blend of flavors. Love it.
@laphroaig Cairdeas 2019 A cask strength version of the Triple Wood. Major flavors of chocolate, dry wood and peat. At 59.5% this is not for the faint hearted. Happy Tuesday.